How to remove currency #EUR and keep #Local amount

We have a non-euro company that initially reported on input_level. That local amount has been translated to EUR. Later on in the process the local amount was removed, however the converted EUR amount remains in the system.

i have done a force calculate, force translate, (force) consolidate. Nothing seems to remove the EUR amount!?

Question: how to remove the EUR amount without touching the Local amounts. 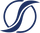 Is there an override that is creating that balance in the EUR? Usually, the force translate would clear it if there is no local unless it is getting put there by a calculation.

No Idea! do not know where to look. Further it is in the whole P&L and it is the only company that is 'infected'

I don't think it would be an override in the traditional sense if you are seeing across the P&L the usual overrides are only on the balance sheet. Are you loading both currencies for that entity? Is this entity a parent or a base entity?

This company is a parent (ownertype 'Holding' in the legal-tree and 'Full consolidation' in the management-tree). The currency setting in the member properties is SEK. The upload is done through excel template and is in/on LOCAL.

The parent is also SEK, and the parent above that also SEK. The total group parent is EUR.

No change in currencies. Or any tree-structure changes.

We are seeing something similar with our application. Did you ever find a fix for this?

Unfortunately not. This was in our second month "live" in onestream. As next month was OK we left it as it was. But it remains not clear.