HelpSign In
Turn on suggestions
Auto-suggest helps you quickly narrow down your search results by suggesting possible matches as you type.
Showing results for
Search instead for
Did you mean:

If you are reading this post it probably means that you are a coffee addict. Or a OneStream addict. Or both!

Before starting the explanation on how to make coffee with OneStream, I would like to say I had the idea of making this while reading the OneStream Foundation Handbook – I recommend this book, it is fun to read and they are lots of good stuff in it! For example, page 21 where Greg Bankston (@GregB) said “I have joked on numerous occasions that OneStream can probably even automate a customer’s coffee maker for them if they can find one that accepts the right commands. While it is indeed a joke, it is not too far from the truth either.”

To make coffee with OneStream you will need to

For the 2 first steps, after buying your Philips Hue System you should read this blog : https://developers.meethue.com/develop/get-started-2/#turning-a-light-on-and-off
The idea here is to generate a remote username.

Now you should test the api connection using a powershell script like the one below. When it is working then you should save this script on your OneStream server. You can notice that the power plug connected to the Philips Hue is seen as a light as it has only an On/Off state.

As the script is sitting on your server, I would recommend that you run it with powershell directly on the server. It is a good way to test and check that all firewall ports are open.

Once you have the powershell script running it should already turn on your coffee from the server. Do not forget to add the script to turn it off too.

Now you need to go to your OneStream application to create a Extender business rules. It should call for the powershell script on your server. It will look like this :

Now you need to create a Data Management job that will kick your Extender BR.

And last but not least you end up with your Dashboard! 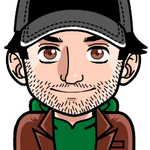 How to train end users in OneStream using Train Me? 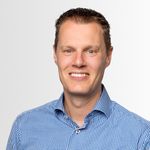 The 7 must haves in the OneStream Market Place